Mel came up with the plan to take me hiking since we were both currently free. The members were the usual gang who joined us- Nik and Syed together with Naza, Nina and other 4 juniors (Year 2 students). Sorry I couldn't remember their name because this trip was a few months ago and that was the first (and hopefully not the last) time I met them. Mel asked me to pick a place and I came up with Gunung Suku single because Trans Jerging was too much for our current fitness level hahaha. And also because Mel & Syed had been here, so they know the way, no need for us to hire a guide or whatnot.


So how can you find the starting point? You can key in the coordinate as stated above or in the photo below into your navigating app. Nearing the coordinate, if you're from Ipoh, look for a clear spot of tanah lapang on your left. Or if you're lucky enough, you'll see other hikers' cars parked there as well. The starting point is actually very vague that you might missed it. On the left is the parking spot and on the right (across the road) is the starting point. 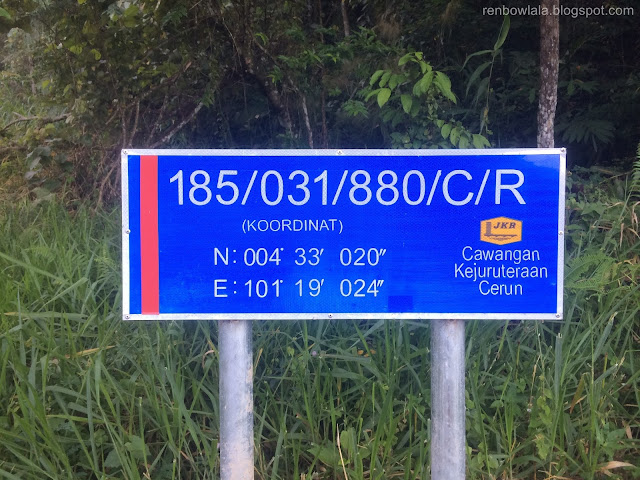 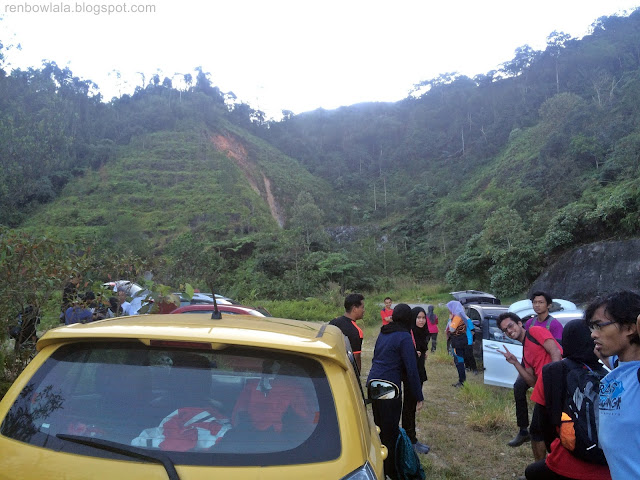 Where we parked our cars together with other group of hikers 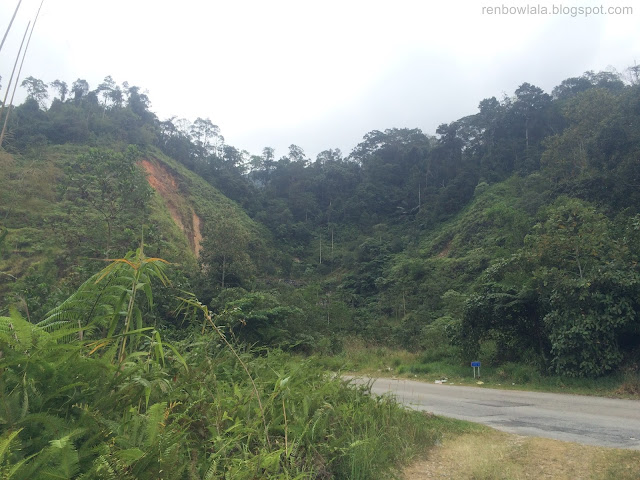 The starting point is on the opposite side of the road, where the blue coordinate board is

Ok, moving on to the hiking part- we started ascending at 8 and reached the peak at around 11. The trek was not hard, cuma sangat menguji stamina sebab trek menaaaaaaik dari starting point sampai lah ke puncak (ok maybe there were a few 'turun' and a lil bit of landai here and there) but no worries, still bearable because the inclination tak lah mencanak 90o, maybe ranging from about 45 to 60o.

Our trip was actually very santai and relaxing because we had to stop like every 5 minutes to wait for those who were faaaaaaar behind but we're cool because we needed that rest anyway hehehe. It's possible to make it to the peak in just 2 hours plus provided you're fit and your pace is at least medium because like I said, the trek was not hard at all. 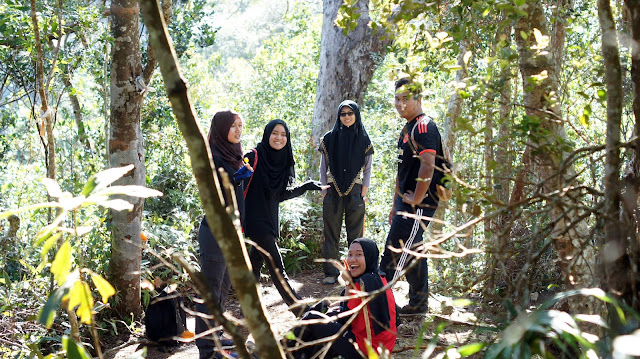 us catching our breath while waiting for the others 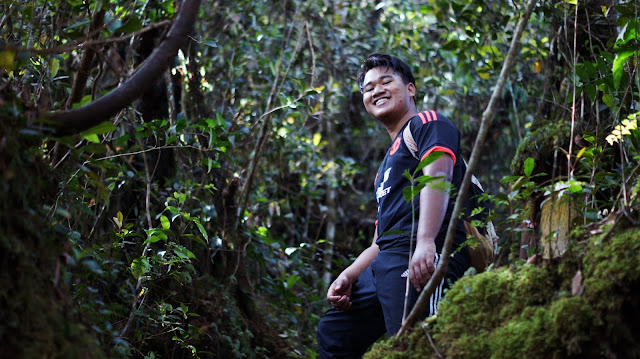 ummm... I don't remember his name 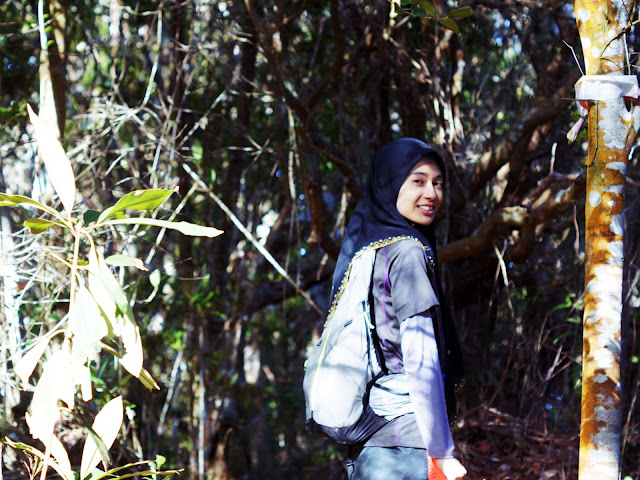 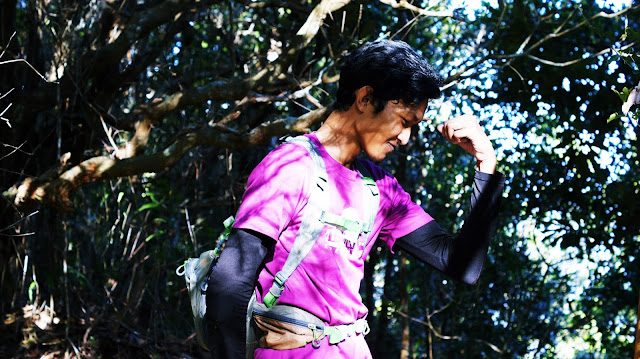 For me, the attraction for Gunung Suku is its mossy forest. Well it is kind of the same like any other mountains in the Cameron Highland area. It's all about the green green moss. The 'mossy zone' is situated about a quarter way from the peak, that's how you know you're almost there. We were lucky because I made Syed brought his bulky DSLR to take nice photos of us :P Thank you, Syed and yes, you're welcome guys.

There's this one joke that I personally think is lame but still funny- y'know when people are all pancit and stuffs and they asked "Jauh lagi ke?", then one of us jawab "Baru suku." Even after reaching the peak, the suku joke was still going strong. Ok I know you might not get the joke here but whatever, it was really funny up there. Don't judge me. 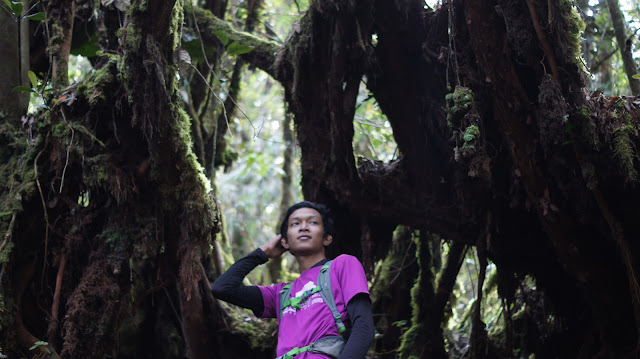 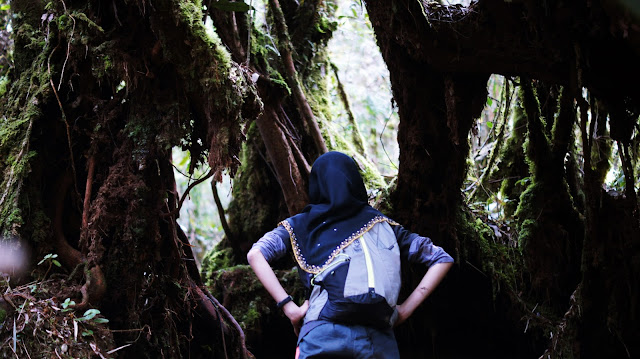 There were only a few nice photos taken at the mossy zone and it was my fault because I really had a hard time operating Syed's camera because I couldn't make it focus. Sorry.

If you're planing on doing Trans Jerging (Suku - Irau - Yellow - Pass), the mossy forest gets even better! Because you'll be passing through the other side of Irau where people don't usually go through unless if they're doing this trans trip. Well, I haven't been there yet but that was what those who had been there told me, and I believed them. Why? Well, you can see it for yourself. Even the almost ruined mossy forest of the usual Irau trek is already THAT beautiful, what more is the hidden one.


Overall, this trip was fun. I think it was my very first time hiking with Nina and Naza and I'm liking it. You have no idea how ideally crazy the combination was hahaha. Hopefully our next trip would be Gunung Pass just because I don't wanna carry my bag up and down all 4 peaks. Why choose the hard way when you can have it the easy way right? ;) 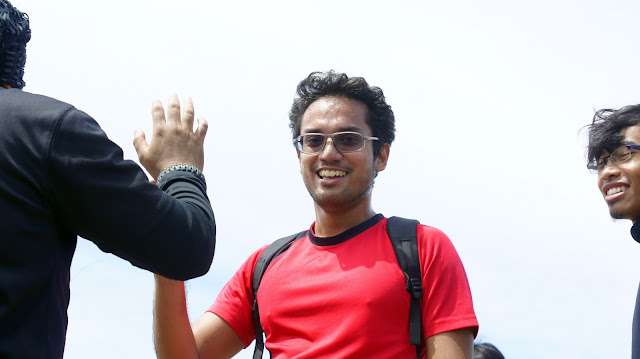 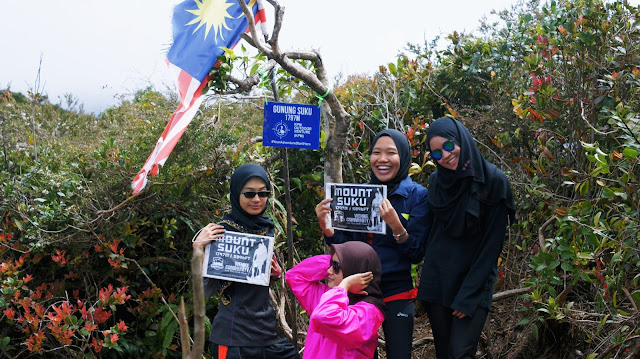 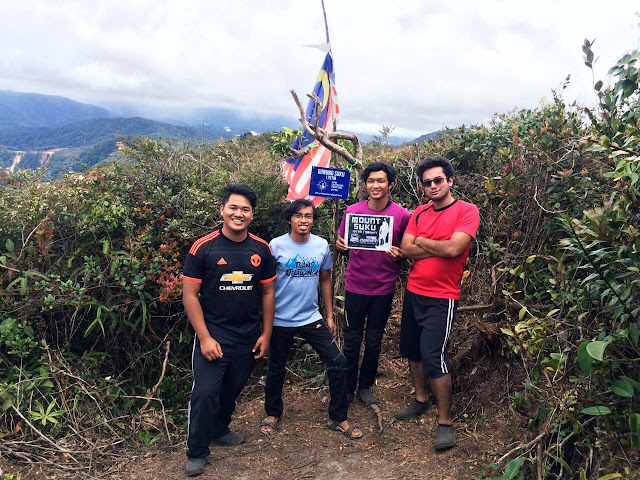 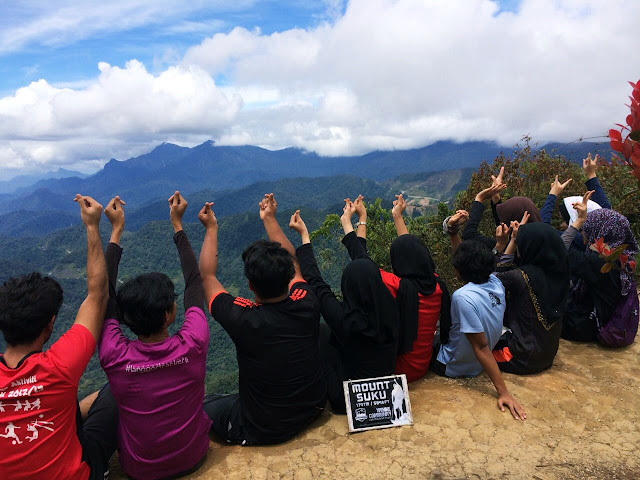 Till our next trip.

Hi. Practically I no longer hike after climbing G.Tahan and G.Kinabalu and many others. Fitness is a major reason.
I remember when we go hiking and a newbie started asking 'how much further' question, we would give them the Orang Asli reply, "sebatang rokok jer".
While a normal smoker will probably take 5-10 minutes to smoke (I don't smoke)
an Orang Asli would light his cigarette, take a few puffs, then put off the fire, and place it at his ear. This ritual would be repeated every one or two hours until the cigarette is finished. And his "sebatang rokok" will take anywhere from 6 hours to a whole day to finish!
In conclusion, "sebatang rokok" is to describe an unknown distance to us townsfolk or a distance only know to the Orang Asli guide.

First and foremost, kudos for managing to get to tahan & kinabalu peak 🙌🏻 They have always been on the top of my list but time hasn't permitted me to go, yet. Soon, i wish.

Hahahaha aaaand thank you for the fun fact. 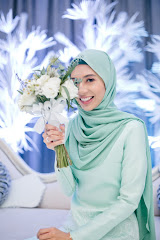